What Kind of damage can Canada Geese Cause?


Canada geese have earned themselves a reputation for being generally destructive in areas where they settle in large numbers. These negative impacts largely come about as a result of their proximity to human beings – they would be generally harmless in remote habitats. Let’s take a look at some of the areas where their presence has the most impact on the lives of the communities they interact with. 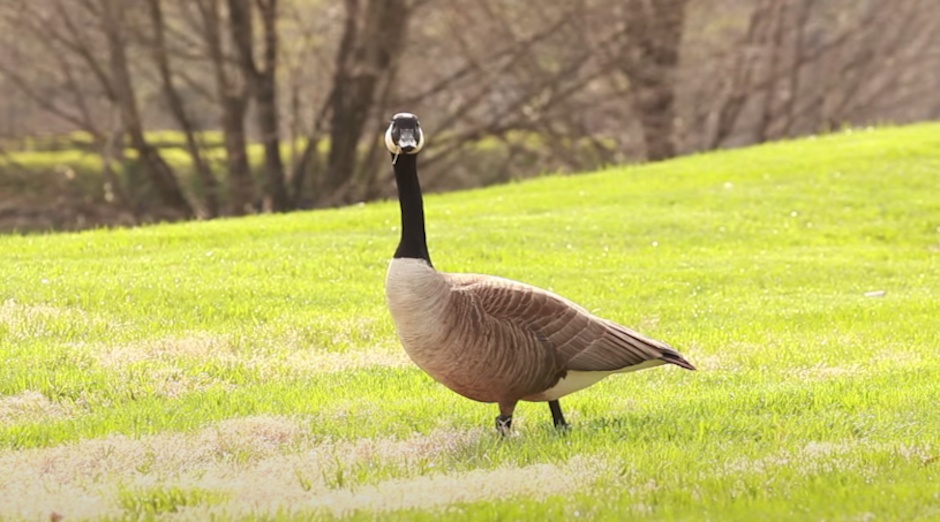 Canada geese have been noted to cause damage through grazing and trampling of various food crops, pastures, and seedlings. Some of the affected crops include alfalfa, corn, barley, soybeans, rye, oats, wheat, and rye among others. By causing destruction to such crops, they reduce the amount that can be harvested and thus impacts negatively on food supplies and the commercial production of farmers.

Impact on Commercial and Residential Property

Geese will graze on all available grass and destroy any lawns they come across and, as you may imagine, a large flock of geese occupying an area produces copious amounts of waste. Widespread defecation at airports, public beaches, parks, business venues, schools, college campuses, golf courses, and all types of community dwellings makes these places unattractive to those who live and work there.

Property values may drop in areas where the defecation reaches intolerable levels, while making it difficult for these locations to carry out their intended function effectively. In addition to this, there will be costs related to the regular cleaning up and reseeding of affected areas.

Impact on Human Health and Safety

Many localities with large Canada goose populations worry that their widespread defecation puts local communities at risk. This can be through the direct transmission of diseases via contact with feces or through waterborne vectors. Fears of the spread of the E. Coli virus in goose feces has led to the shutdown of public swimming areas and water reservoirs in the past.

This is overshadowed by the very real physical threat to human safety posed by geese, who will not hesitate to attack humans that approach them with bites. They are known as well to cause road accidents and traffic hazards.

Visit our Wildlife Trapper Lancaster home page to learn more about us.